Father’s Day Musings, by a Bright by Text Grandfather

by Steven Stingley, Father of 4, Grandfather of 4 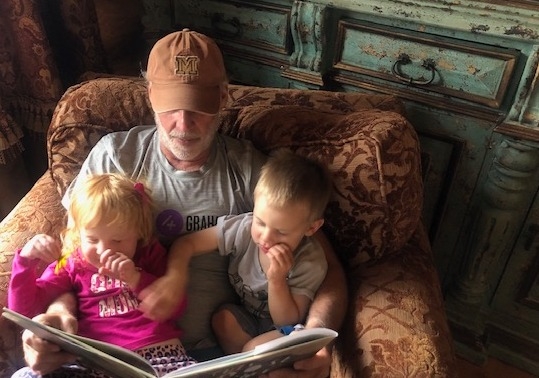 There are many advantages to being a grandfather, but none greater than watching the evolution of a family.

I spent years talking to my parents – and even earlier on to my grandparents – about their childhoods. They would talk for hours about the difficulties they encountered growing up: walking over snow-covered Nebraska cornfields to get to their country school house, learning English the hard way after immigrating from their native Denmark. They talked about how strict their parents were, how hard they worked in the barn. Their stories revealed real lives unfolding in real times.

As my wife and I raised our own four boys, I would often think about how differently our lives were than those of just a generation or two ago. How our lifestyles contrasted theirs, how parenting philosophies and strategies had changed, how some of our basic beliefs and feelings about life were in some cases radically different and in some ways just the same. Dramatic changes had happened in almost everything we did compared to our own parents and grandparents: the world we lived in, the schools our children attended, the overall experience of family life.

I vividly remember the days of being a father and the whirlwind of activity that had to be managed. The parent, whether they realize it at the time or not, is the star player up on the stage of the family drama.

Now as a grandparent, I realize my role is as a secondary player– a supportive role in the continuing evolution of our family. And just like when my wife and I first started having our own children, being a grandparent brings along new pleasures and responsibilities that – similar to being a new parent – we seem to have to learn as we go. Nine years into being grandparents, we are still learning and adjusting. I do feel I’ve learned a few things that may be useful to parents and other grandparents or caregivers out there:

Being a grandparent (and parent) is one of the most beautiful and powerful things I’ve ever experienced in this life, a life that we only get one shot at making good. There is nothing sweeter and deeper than watching the unfolding – dare I say the evolution – of your very own family.